You have to train previously at the beginning of the season, and do it daily, work on the faces, all the shooting mechanics, and observe well what we see when we face quickly, more or less as if we were really watching a rabbit run away on the run ; look well if you see band, if you see crosshairs, or what you see. Then it remains to observe how the shotgun looks on you, if in winter it remains “stuck”, in summer it will never be like that, and if it is, be careful, you are accommodating it and then in the field the faces will not be well aligned with the piece. 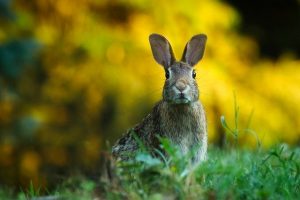 Attentive to what you see: if you see a band when facing, shoot the rabbit covering it if it is withdrawn and pulling the tail or back if it goes at medium distance because your shotgun will raise the shot a little above your line of sight; If, on the other hand, you only see a crosshair, point the rabbit at the ears (what many call “covering it”) if it goes at medium distance, and lift a little more s and almost long.

As You Move Your Body, So You Pull

Take your first steps in formalizing a good body for the hunting set, any clay pigeon shooter with a certain level knows that if he does not position himself well and does not promote good body movement, his shots will not be frequently effective, so the first thing you can do, if you feel like it, is to watch some videos on the internet about Olympic skeet shooters, for example, take a good look at their physicality and their location when casting. Avoid facing completely in front of the firing line, you must rotate your hips and back slightly, slightly advancing your side of the hand that holds the gun’s forearm, and for this, the legs must be well positioned, open more or less with the width of your shoulders and without putting the foot too far on that side. A frequent mistake is to shoot unbalancing our posture, we want to get to the shot quickly and we lean so much forward that we shoot as we must take a step forward, this is disastrous, and the hits on the piece are pure carom, a mere coincidence that does not says nothing more. 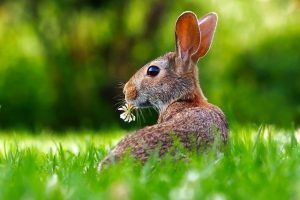 You shoot the rabbit, the dust rises from the ground and lowers the shotgun to see if you hit the piece or not. What happens? Well, if you got anything right, you charge the rabbit, but if you have failed, when the dust begins to dissipate the rabbit is already twenty meters ahead and you have begun to move, now while you stop, face and strips, the rabbit is either long or has already been covered. It is essential to know how to position ourselves and move well (as mentioned in the previous point) and not lower the shotgun until we see that we have shot down the piece or that it moves to continue in its career, only in this way can we take a second shot to shoot down the shot. rabbit or stop it in the case of having slightly injured it with our first attempt.